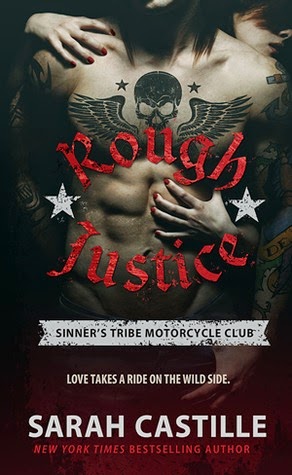 From bestselling author Sarah Castille comes a scorching new series featuring red-hot, hard-riding bikers and the women who can’t help but love them…

IT TAKES A GOOD, STRONG WOMAN

Raised in a motorcycle gang, tough, beautiful Arianne Hunter has always dreamed of a normal life. But no sooner does she escape her father’s domineering grasp than she wakes up to find herself in a rival gang’s clubhouse—at the mercy of the dangerously sexy Jagger Knight.

TO TAME A MAN WHO’S HELL ON WHEELS.

The alpha leader of the notorious Sinner’s Tribe, Jagger Knight is all muscle, all biker, and all man. But somewhere inside this hard tattooed outlaw, Arianne senses a kindred spirit—and she can’t ignore their tempestuous attraction. Can she beat him at his own game in a revved-up blaze of glory? Or will their passion spark a war that’s the end of the road for them both?

This book is a MC Romeo and Juliet.  Here, we have Jagger the president of the Sinner's Tribe MC who finds the daughter of his enemy's rival MC gang in his lap.  After an attack from their enemy, they're left with one lone biker who happens to be the daughter of the enemy.  At first, they want revenge but Jagger is quickly protective of this new addition.

Jagger doesn't want an 'old lady' but if anyone who could understand his world it would be Arianne.  But can she be trusted?   When Jagger saves Arianne he brings upon himself a world of trouble from within his own MC and other MCs. 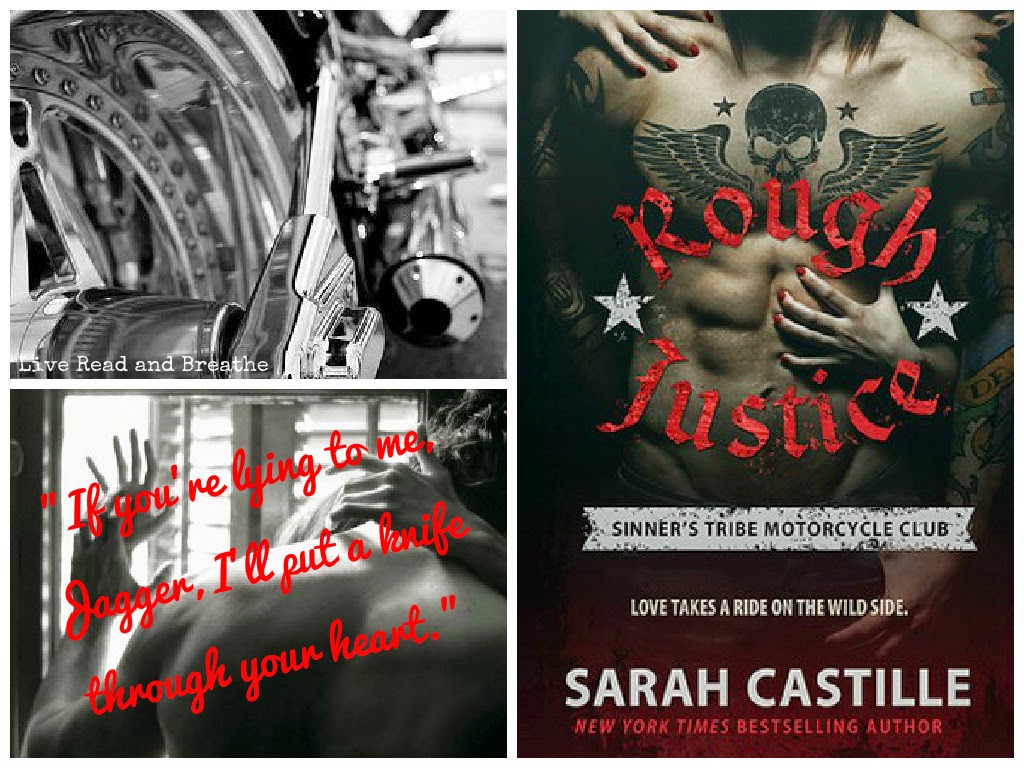 Arianne is tough as nails and she does NOT want a man who tells her what to do, especially one of a MC, but there is something about Jagger that makes her waiver.   Jagger and Arianne's union brings along a shit storm of drama but the more that is thrown at them the stronger they become.

"I just spent the afternoon beating the crap outta one of Axle's men, and I couldn't get you out of my mind."
"That's sweet in a twisted, outlaw-biker kinda way."

But.... Arianne is too stubborn and set in her ways which at times got to me as I'm never a fan of whiny heroines but thankfully she gets her head out of her ass when she realizes that Jagger doesn't want to cage her but be equal to her.

As the MC world around them is imploding they also have to fight to be together.  It was a good MC book.  Not my fave but good.  It had grit, drama, a bit of darkness.  It also had passion and good characters with potential to be a good series.  Fingers crossed.  This is my first time reading anything from Sarah Castille but it will definitely won't be my last.