Foundation of Trust (Cost of Repairs #5)

Not everyone gets a second chance with their first love.
Cost of Repairs, Book 5

David Weller thought he had it all—a loving partner who gave him a ring, a steady job he didn’t hate, and so much hope for the future. But in the wake of a devastating diagnosis, everything he thought was solid and real lay in pieces at his feet.
Four years later, he’s still sifting through the rubble of his life. His catering partnership occupies his days, while his nights are filled with dangerous sexual hookups and very bad decisions. Then the last person he ever expected to see again walks back into his life.
Owen Hart’s single biggest regret is the way he was forced to leave David behind—no explanations, no chance to make it right. Until now. Finally free of eight years of lies, Owen’s back for the only man he’s ever loved.
An incendiary encounter in a club proves that time hasn’t weakened their physical connection, but David’s wounds run deeper than Owen’s deception. And if David can’t first forgive, Owen doesn’t have a second chance in hell.
Warning: This book contains an Australian transplant with a head full of secrets, a party planner with enough baggage to sink a battleship, and a surly teenager who just wants them both to get over themselves.

Source: eARC for Honest Review Courtesy of Samhain Publishing via NetGalley
Genre: MM Contemporary Romance
Part 5 in this series but can be read as a standalone

My Foundation of Trust Review...

This is the 5th book in the Cost of Repairs Series but I read it as a standalone.  In this book we have David Weller who is barely surviving the breakup of the love of his life and the diagnosis of Huntington's disease but four years later he still is barely coping especially when his love returns to win him back.

Owen's biggest regret was leaving David but he had to protect his family.  Now that the threat is gone he can finally re-claim David for him and his son Michael.  But it won't be easy. 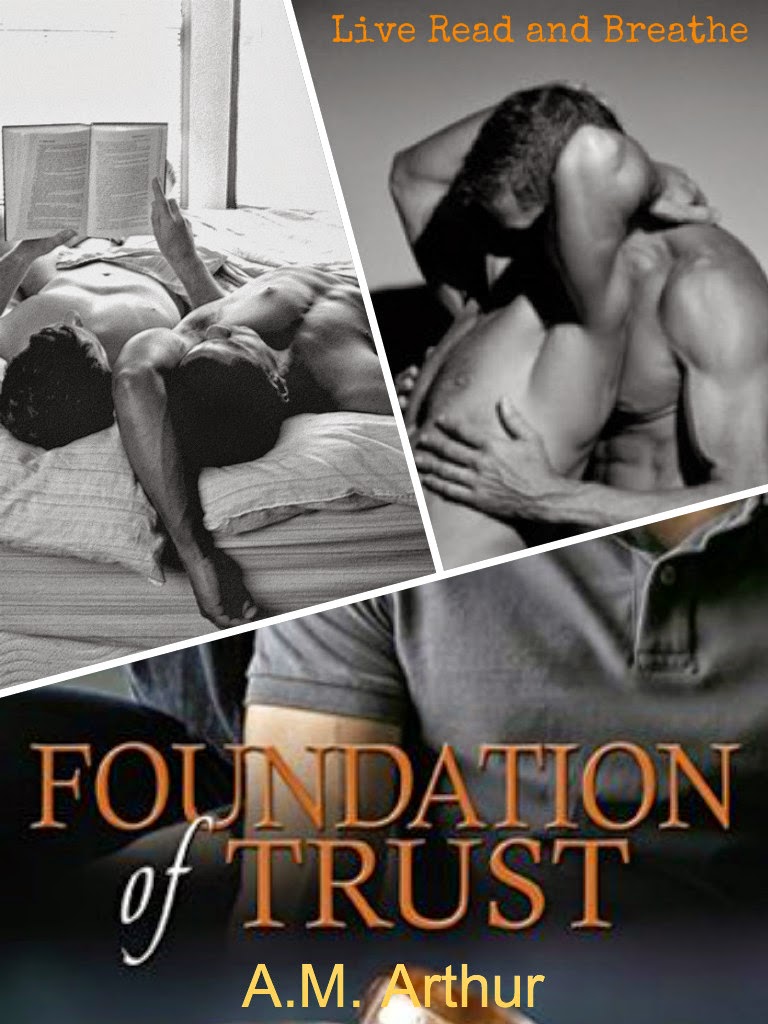 David has always loved Owen but he doesn't know if he should forgive him or keep him away so he doesn't chain him to a life a caregiver because of his disease.  They both have their demons but can their love be enough?

"I guess what you need to decide is if you can live with not giving him a second chance."

I did like this book but I had a couple of issues with it.  1) There was a lot of going back and forth between past and present with no clear cut indication which made it confusing at times and 2) Owen's reason for his leaving are HUGE!!!! and he gets kind of whiny that David doesn't easily jump at the chance to forgive and move on.  It was like a week later after he drops a bomb and is all like' David I need an answer or I have to move on' WTF!! Don't get me wrong David doesn't handle the information well but give a man time to process.

It was a good story as always with A.M. Arthur but it's not my favorite of hers.  Maybe if I read the whole series before I may have gotten into it more but I don't know.  The story was sweet and I'm a sucker for second chance romances so it was still a win win for me.

Posted by Live Read and Breathe at 19:25