The Distraction (The Body Works Trilogy #2) by Sierra Kincade ~ #bookreview 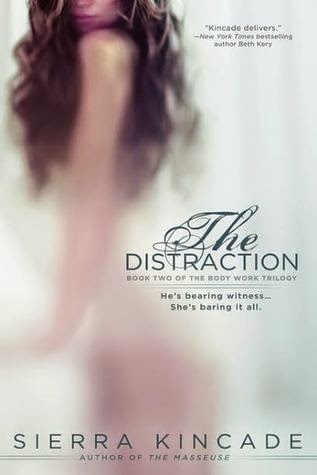 The Distraction (The Body Works Trilogy #2)

The seductive story that started in The Masseuse continues...

Anna Rossi knows that opening your heart only gets you hurt. But Alec Flynn is just too good to resist…

It’s been three long months since Anna’s seen Alec, since he saved her life and lit up her soul with unquenchable desire. Being without him has left her on edge, but his bravery has motivated her to change her life and go after what she’s always wanted—a job where she can help people. She can’t wait to show Alec the woman she’s become in his absence, or to prove how much she’s missed him…

Three months away has done nothing to slake Alec’s need for Anna. Unfortunately, it hasn’t made his life any less dangerous. The last thing he wants to do is hurt Anna, but if giving her up is the only way to save her, he’s not sure he can do that either. He’s determined to have her for as long as he can. Except his past is creeping up on him faster than he knows, and this time he may not be able to keep her from becoming collateral damage…

My The Distraction Review ...

When I first read The Masseuse I liked it but didn't love it, as Anna drove me a bit batty with her wishy washy ways and her constantly always running.  But now in The Distraction, Anna's finally rooted and is staying put for once which gave her more strength.  With this I finally started to like her more and more.

In the Masseuse, Anna falls in love for it only to be taken away when Alec has to go to jail.  Now three months later and he's finally released causing quite the reunion between the two.  What these two do well is sex but at times there relationship was more sex than substance.  They spend more time apart then actually together, but when they're together they burn up the sheets.  Which is great for reading but for their relationship it leaves it vulnerable.

"So, we're both dysfunctional. Great."

Alec and Anna both have their own issues.  Which is already trying on any relationship, now add the lack of support from friends, new stalkers, loads of threats, looming court dates, the police, the FBI which takes their shaky relationship on a very bumpy ride. 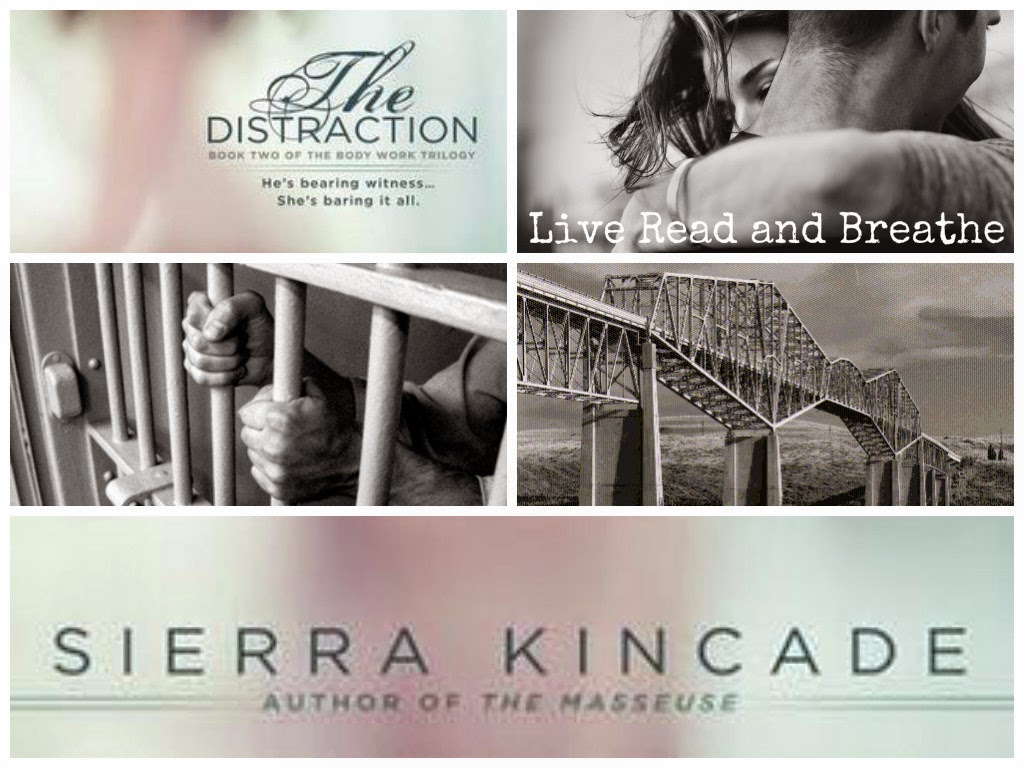 The main constant is Alec's love which was never doubted from me, but Anna is a different story.

"You are my life. If I lose you none if this was worth it."

"You've been saving me since the day I met you."

For both of them to do the right thing causes many things to be at risk.  Is the risk worth the pain and discomfort?  Anna's finding her way back to herself and growing stronger but just as I was really getting into Anna and their love story. BOOM! More drama which causes them to once again separate and leave a pseudo cliffhanger. Argh!!!!

I need to find out NOW if they work out and all this shit can be left behind.  This shit storm that they are wading through is bringing so many other variables to the surface with their, jobs, friends and families that all hell is breaking loose causing tons of heartache and more suspense for this feisty duo.

Posted by Live Read and Breathe at 20:59