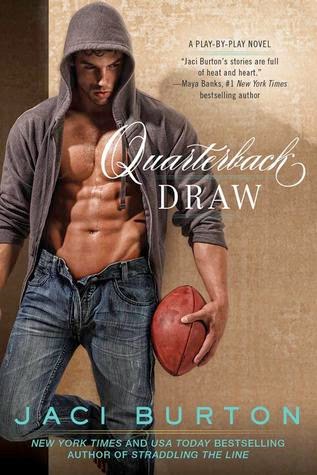 Grant Cassidy knows how to be a football star—flash that dazzling smile, throw the winning pass, get the girl. But while the hot quarterback loves the game and the lifestyle, no woman has come close to catching his heart. Then he matches wits with a smart, gorgeous model, and Grant finds himself wanting more than a fling.

Supermodel Katrina Koslova might live in a world of glitz and camera flashes, but she works hard to provide for the family that relies on her. She doesn’t have time for fun—much less a boyfriend—but Grant seems determined to be the exception to Katrina’s rule.

Their explosive chemistry is undeniable, but Katrina’s afraid to let go and rely on anyone but herself. Grant intends to ease her fears and prove he’s a man of style and substance.

Source: eARC for Honest Review Courtesy of Berkley Trade/Penguin Group
Genre: Adult Contemporary Sports Romance
Part 9 in an ongoing series but can be read as a standalone

As you all know my guilty pleasure are sports romances and when I started this series I fell in love. They were all great and there was so much possibilities for this series but now I don't know if the series has ran its course or if I'm getting jaded from reading too much.  This book ended up being pretty good yet cliche and annoying at times. 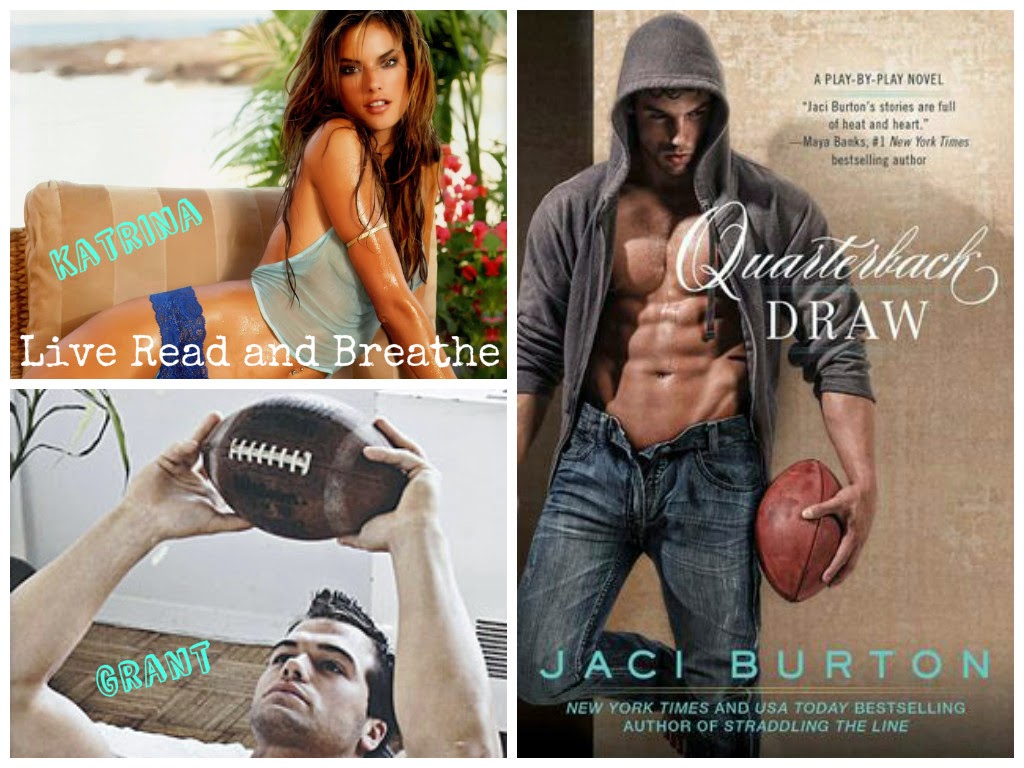 Here we have Grant Cassidy star QB who does a photo shoot with super model Katrina Koslova. Yep! A tad cliche but had potential because there was so much more behind these two besides being the football player and the model.

Grant comes from an all star sports family like the Riley's while Katrina hasn't been dealt as a great of a hand, with her mom dying young and her dad abandoning her to raise her brother and sister on her own.  All Kat knows is men let you down and her main focus is raising her family but with this she has forgotten herself.  This is where Grant comes in and she starts to lighten up and enjoy life a bit.

"Oh, honey, life should never be so full that you don't have time for some fun. ..."

Kat takes life to seriously and Grant barges in and takes over making her have fun and at the same time embracing all of her responsibilities.  For Kat, Grant overwhelms her and she finds herself fully immersed into him and his life but when she comes up for air, is when I got really annoyed with her.

She just spend a whole weekend with a great example of what true love and HEA looks like but nope ignoring other examples she only focuses on one incident of her dad abandoning her and gets a bee in her bonnet.  Which drove me mad as I just wanted her to get over it and live a little and take a risk instead of just existing from someone else's mistakes.

The idea of the story was good but the evolution and escalation of their relationship happened at warp speeds.  The sex was pretty good especially with one not having a hot clue in that area while the other was well versed.

Grant, his family and her brother and sister were the winners for me.  Kat's storyline was supposed to be more tragic and heartbreaking that she was bestowed so much responsibility young after losing her parents but instead she came across more naive and annoying for me to fully fall for her.